A day in the life of Linda Rane

Life at the sharp end of Animal Rescue can be hectic, harrowing but also incredibly rewarding. To give you an idea of what is involved here is a post from one particular Super Woman, with out whom the Valle Verde rescue operation would not function. Here is a day in the life of Linda Rane in her own words…

Here are the kittens

First of all I went to meet Angels Maria who had rescued 5 two day old kittens. I had picked up a nursing mother cat who had three kittens of her own the day before and I suggested that perhaps she would accept a few of the kittens and feed them too. And it worked!

Mum cat accepted three of the kittens immediately and started to wash and clean them straight away. They are now in safe foster care with our wonderful kitty fosterer Deborah Baine.Angels took the other two kittens home with her to bottle feed them, as we felt that giving poor old mum cat 8 kittens was just too much.

I had also had a call yesterday about a mother dog with one pup living rough under the bridge between Melegis and Restabal. Hopefully we have now managed to sort this dog out too and Mary Watt-Watts will collect her tomorrow to take her to safe kennels.

Then there was also the black labrador cross who turned up at Louise Spink’s house who was on heat. Louise managed to get her to the vets today to have her spayed and she will also go into kennels for a week and then Louise has kindly offered to foster her for a month or so until we can re-home her.

After dropping off the kittens with Deborah I went onto Lanjarón to try and help Freya Ruth Rodgers Moalim to get a big mastín called Max into my car as he has a home to go to, but he gets totally freaked out by cars! Unfortunately we failed on this task yet again, but we wont give up and plan to get a vet to come up to totally sedate him so we can get him to his new home next week.

I also collected one of our puppies called Meg from Amy Beth Reynolds (another one of our fosterers) as she has a home to go to in the IOW at the beginning of May and she will stay with me until she travels.

When I got home I got a call about two other pups who had been rescued by H Difusiones Caninas in Salobrena. They are safe until Monday with Julia van der Vorm when they go to a foster home in Granada and then onto foster with Irene Allan in Valencia.

And in between all that I was also posting on Facebook about Lulu and Stella, the two dogs who arrived in Ireland last week. The first the foster home rejected them and then their “forever” home also rejected them BUT they have been accepted by a wonderful rescue group over there who will search for homes for them

And to finish off the day I got another message from DianaFisio Salobreña who found yet another puppy on the streets of Salobrena!

That about it folks!!! Bring on tomorrow!! Ha ha, and sorry if this is a long and boring story but just wanted to share what wonderful members we have and the help we get from them all.

Here are some of the other cat and dogs currently waiting to find their forever homes. Could that be with you?

Click on your favourite below or find more here 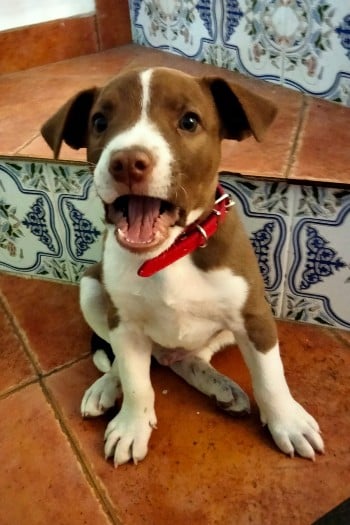 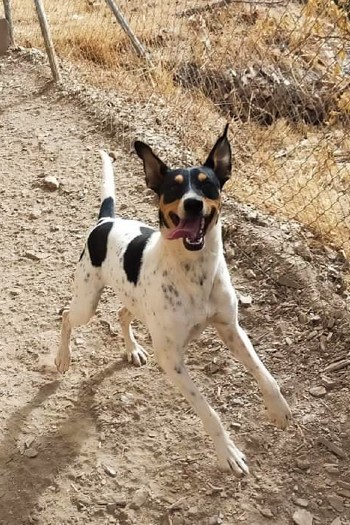 Lorenzo is a young male Bodeguero Cross male. He is an energetic and excitable young boy and mixes well with his group. Let’s find him a home! 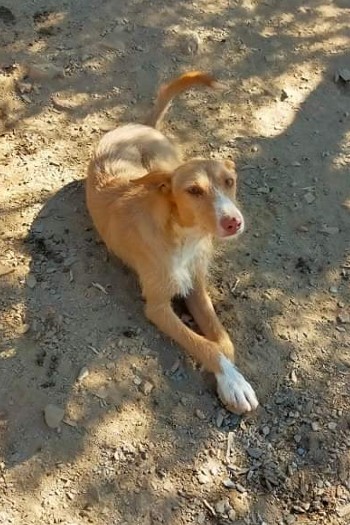 Frida is a sweet girl who mixes well with other dogs. Let’s find her a home! 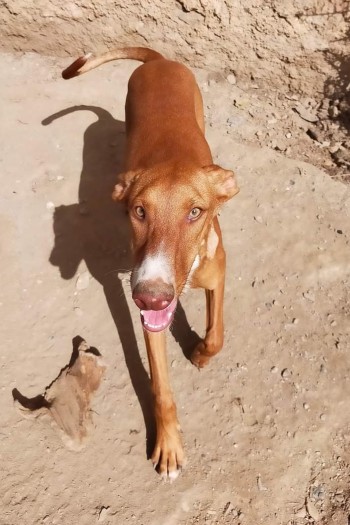 Dori is a female Podenco Dori is a friendly girl and great with people, dogs and cats. Let’s find this girl a home! 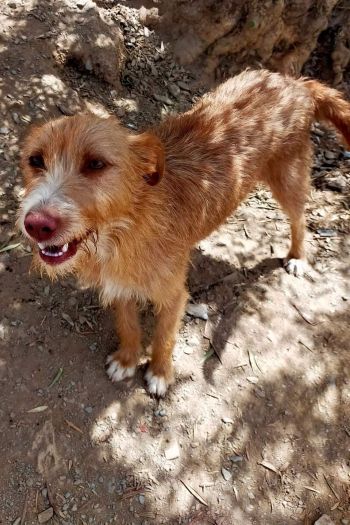 Millie is an extremely happy and friendly soul, her tail is always wagging. She’s active and therefore needs an active family. Let’s find her a home! 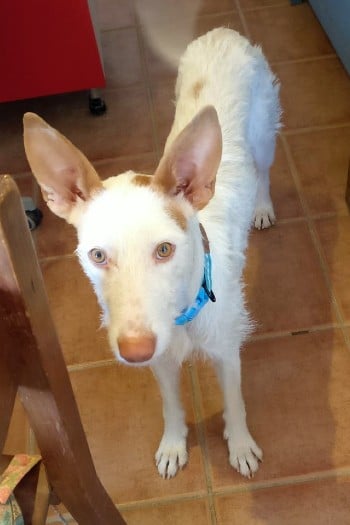 Rosita is a very friendly and affectionate young Podenco who loves being with people and playing with other dogs. She is good with children and cats too. 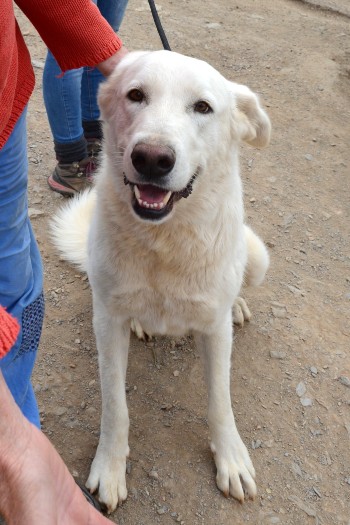 Nando is a big, friendly boy who loves being with people. He has leish so needs to take Allopurinol daily. Let’s find him a home! 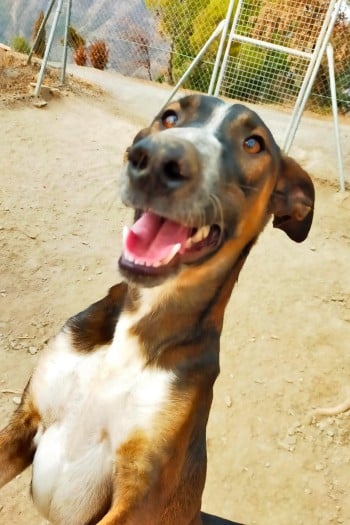 Buddy is a Podenco cross and a very lively boy. He loves playing with his siblings. Let’s find this boy a home! 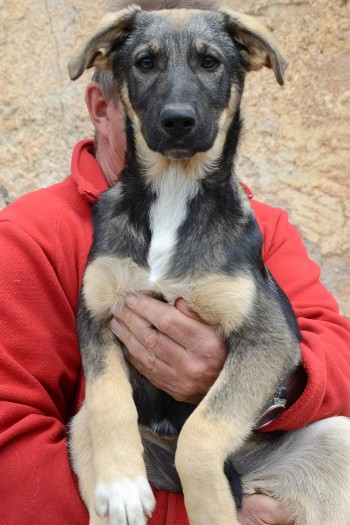 Lilly is a female Mastin German Shepherd mix from a litter of six. Let’s find this girl a forever home! 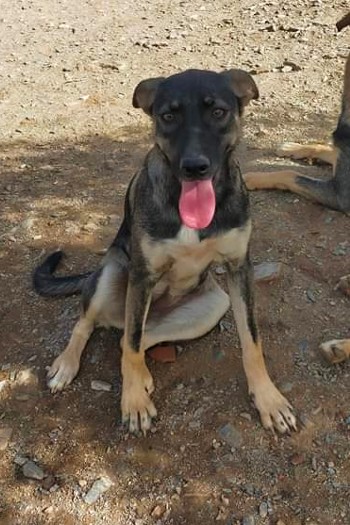 Cilla is a female Mastin German Shepherd mix from a litter of six. Let’s find this girl a forever home!

Lorenzo is a young male Bodeguero Cross male. He is an energetic and excitable young boy and mixes well with his group. Let’s find him a home!

Frida is a sweet girl who mixes well with other dogs. Let’s find her a home!

Find out about other ways that you can help

We understand that not everybody can offer a home to our rescue animals, but there are many other ways that you can support the work we do. Find out more…

All your donations, big or small, help us continue our work rescuing and re-homing animals in need.

If you would like to fundraise for Valle Verde Animal Rescue, we’d be delighted to hear from you.

There are lots of other ways that you can support the animals. Find out more about volunteering.